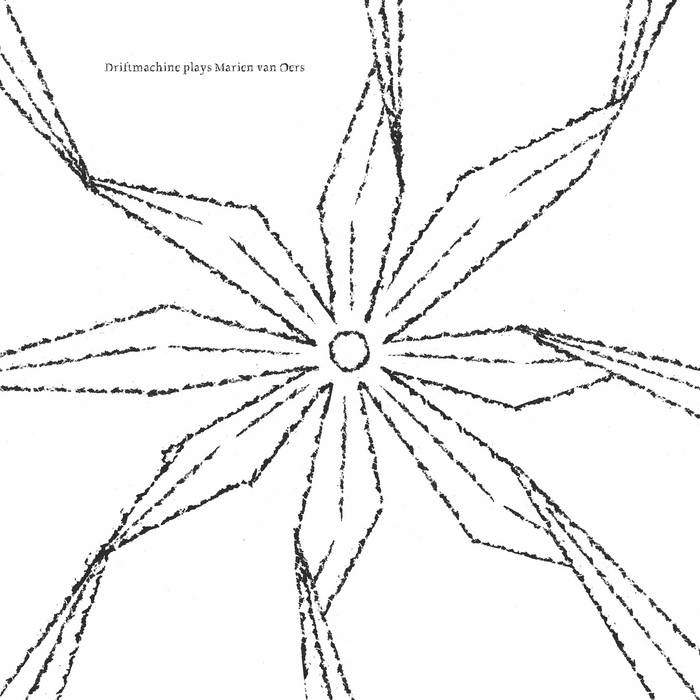 'Driftmachine Plays Marien van Oers' is a parallel physical output to the concert 'Massive Trance: Interpreted by Driftmachine,' which was performed during the 2019 Minimal Music Festival in Amsterdam. Both the concert performed at Muziek Gebouw aan 't IJ and the album take their cue from a cassette produced in 1983 by the Dutch experimental composer Marien van Oers (1955-2013). The original cassette states Van Oers' following intentions: "The basic idea of the performance is experiencing a constant repetition of sound (=rhythm), which can result in the spectator taking action through movement or getting into a form of trance." His percussion based pieces are all but industrial; the self-built instruments and repetitive chanting aim to achieve a physicality that is closer to tribal music. Van Oers has mainly performed as his solo act, Het Zweet, which was active from 1983 to about 1988. This interpretation of Marien van Oers' music by modular synth duo Driftmachine is not a blind restaging of Van Oers' original recordings, but instead actively reinterprets the piece on the level of its composition, performance, and mixing. Taking the piece's ultimate aim of 'attaining trance' as a starting point, Driftmachine accordingly works towards a new coherence that features a repetition of organic syncopations by using two racks of modular systems.

The liner notes detail how this record came to be, analyze the early work of Marien van Oers, and place this project as a curatorial practice of Ongehoord label initiator Jeroen Vermandere.

Featuring Oakland sounds from the Smart Bomb collective and Samplelov.